[2015, Feb 21] as suitable for a conception/electional chart for starting something new.

Venus joint Mars in his sign quite recently – they are both in the same degree of Aries now (in the chart I am using the Ancient Greek system of moira – degrees counted from 1 to 30, not from zero). Some folks are definitely excited about this configuration, Venus definitely hates it, because all the matters maintained by her – that is everything signified by whatever topical places (in modern times called “houses”) are Libra and Taurus for any given chart erected now – will bring frustration, as she either – in case of Libra – opposes it (traditionally an aspect of perfected epitome of enmity) or does not see it at all (Taurus is an adjacent sign that has not a drop of even slight relation with Aries – no aspect, no like ascensional time, not corresponding in degree, no mutual sign-ruler, no nothing). Mars as her host does not help her as he has the same relation with this signs too (not to mention Venus does not behave well both when conjunct with Mars, especially in Aries). 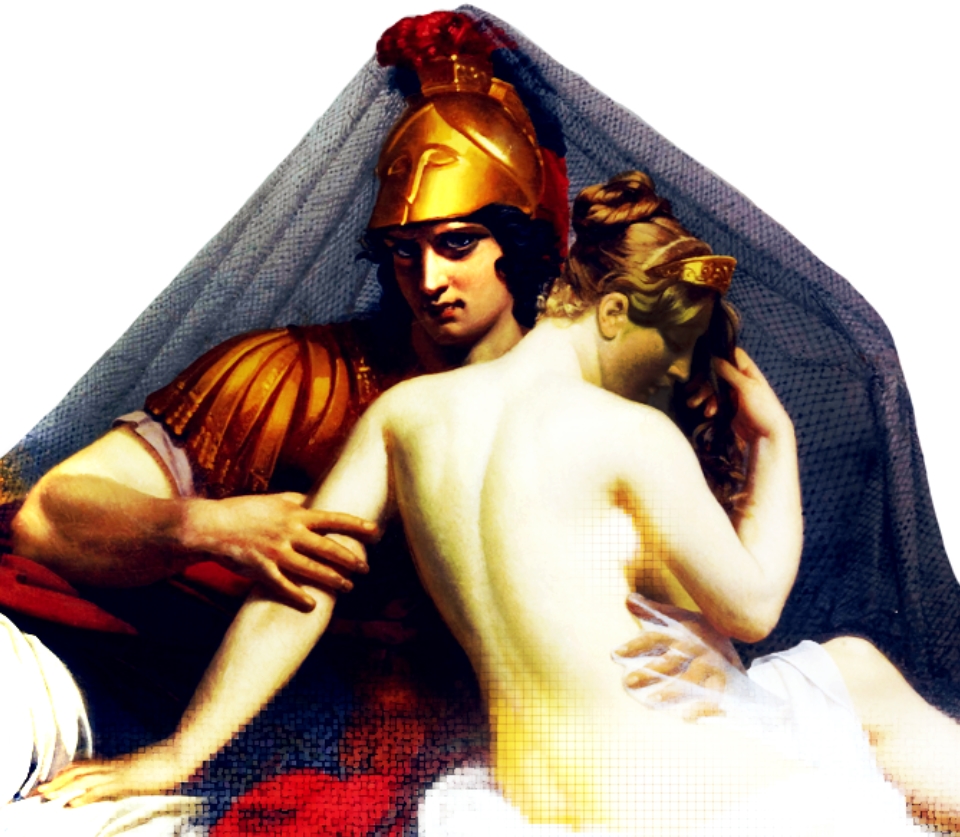 The old sources clearly don’t promise much of conjunction of Venus and Mars in Aries. Only plants and sheep (the animals represented by Aries – the Ram) will be fertile and reproductive (especially in the first 12 and more so in the first 6 degrees, I would say, as I will delineate below why I think so). As a weather-forecasting astrology such conjunction indicates what was called in Latin as apertio portarum – “the opening of the gates” of heaven with the heavy rain from heavy clouds, especially if the weather condition prior to this conjunction was dry. But it is not as simple as that in practice. According to Persian astrologer, Nasir ad-Din Tusi (13th CE) who delineates planetary relations by connecting things ruled by the planets and the type of influence (sextile with Mars brings the prices of that item up, square or hard aspects with Mars bring violent discord, etc.) the conjunction of Venus and Mars in Aries brings huge hostility, conflicts and semiconducting between of course people signified by Venus: people generally (as a social beings) and especially those who pursuit pleasure. Hellenistic authors equate Venus-Mars conjunctions where Venus is harmed (like here she is in Aries) as unbalanced sexually and causing trouble in relations, marriage etc.
Not a very good time for a Wedding.

Also the Moon is in Aries is not good to start anything new or anything related with close relations or even nature. And is best for rather destruction-oriented thing of the martial nature, like hunting, cutting through, or medical bloodletting.

Now, back to Venus in very bad condition and unable to see her signs.

Jupiter and Saturn have to help her maintain these areas she has no access to but is obliged to take care for.

Luckily she is in trine by sign with both of them (and just by 3 degrees of application to trine Saturn). Saturn is not so much overly excited about it, because he does not like planets in Aries, but it’s still the trine.

Jupiter on the other hand has reception with Mars and Venus because they are in his bounds.

BONDS OF JUPITER (and of Venus and Mars) IN ARIES according to Valens
First 6 degrees of Aries are the bounds of the great benefic and according to Vettius Valens these are very beneficial (ἀγαθοποιός) degrees – and indeed they are the most beneficial degrees of Aries (generically speaking). They are well-balance, harmonious and moderate (εὔκρατος) in nature, bring the qualities of strength (εὔρωστος) and very fertile (πολύσπερμος, that is producing lot of seeds or sperm). These few keywords from the first book of Anthologies by Valens, simply bring us the picture of the growth of strong spring nature, escalating it’s positive warm strength and abundance, giving the living creatures the stronghold for themselves being brave and calm.

Modern astrologers know very well that the starting point of Aries bears the meaning of vernal fertility. Now, I hope, you will know it is so in the first 6 degrees, because of the bounds of the great benefic Jupiter that are assign to them. Such beautiful manifestations are possible if Jupiter is strong and in a good relations to the sign of Aries. Here we see, that besides being retrograde, he is rather well.

Mars is okay with that. Venus however would so much rather jump to the next 6 degrees of Aries, because after first 6 degrees of Jupiter – there are the bounds of Venus. She just left the sign of Pisces, where she was exalted and now she has no dignity at all and no direct control over her affairs. The bounds of Venus in Aries are also beneficial, but they are very different in meaning. As the first 6 degrees are the living facet of a strong nature, the next degrees of Venus are more the world of perfect forms, ideas and purity – what you can expect from the planet of cleanliness in the Midheaven of the Cosmos, which the sign of Aries is).
Bear in mind here, that the bounds of each planet are not the same in every signs, for example even though the Mars in the last degrees of Aries is both the sign ruler and bound ruler, but these last 5 degrees are actually the worst part of Aries – the aftermath of war and fire with nothing left. Why is that so, you might be puzzled. The bounds confine the planets they are in them (“confines” are actually a more proper translation) – being confined “the malefic-way” (in bounds of malefic) makes the job of the planet just very prone to negative or at least double-edged side effects.

Going back to the chart:

The Moon in the chart – good aspects but with the Node

As I said, I suppose today might have been chosen as a good election by some, because the Moon was in the middle of Aries, hence separating from trine with malefic and applying to trine with benefic. That’s good. But one more disappointment is buried here. Not just Valens, but many author state to not start anything or elect a chart when Moon is in on the Nodes or squares them (the Nodes “cause” eclipses, so they harm the Lights, especially the Moon). What you might not know,  is that the whole sign of Aries (and the whole Libra for the opposing Node) are very bad for the Moon now. Why? Not just because the aspects by whole signs can be enough of a damaging factor, but also because the Nodes are exactly in the middle of Aries/Libra. And, according to the Hellenistic sources, the Moon is not safe from the Nodes when it is closer than 17 degrees from them by conjunction. So what the Moon is increasing in light after just recently escaping from the New Moon, when is in the influence of the Node now. In the modern Lunar guides (planning by the Moon’s travel and aspects it makes) we are warned to not do any work, either in garden or anywhere, 4 or 5 hours before and after the Moon crosses any of the two Nodes (it’s even less than standard 3 degree orb for a strong Hellenistic aspect for any planet slower than the Moon, what is used in these guides is probably a  rounded time for Moon reaching plus or minus 1 degree of Latitude, I suppose). The Greeks used much more caution in taking care for the Moon, as it is the Moon, according to the Ancient doctrine, that collects all the energy of planets and sends it down to Earth (the Earth is called the Sublunar Sphere or World, that is laying below the heavenly sphere of the Moon). Hellenistic methods clearly make the Moon being void of course much rarer and shorter in span of time than the later classical definition of the void of course popular in modern times. However they put much more consideration to the contacts of the Moon with the Nodes if we look at how often void of course versus contact with the Nodes happens.

Definitely do not marry, nor negotiate, nor plant anything. Getting rid of something so that something else will grow stronger is clearly better for current time.