The planet called Saturn had ended it’s retrograde motion 2 days ago (on July/20 2014). In the sign of Scorpio, within the confines ruled by Merkury it’s retrograde time was devoted to internal considerations. As the “Saturn” finally had came back to its “normal” direct motion, he desires to speak in clear and expressive fashion, what he thinks about what is starting to happen just now. But as he’s not used to waste his words when no-one is listening, firstly he want’s to clarify what he is.

Better hear him out…

Sun entered Leo. Is now at 0 degrees Leo, that is in the first moira – degree. In the next moira (1 degree Leo) is Jupiter. They are two rulers of this sign – Sun rules the whole house (domicile), Jupiter rules the confines in which they both are now, and they are both rulers of the triplicity here.
In all fire signs which are ruled by Sun by day and by Jupiter at night – the first of 5 confines (limits, terms or bounds) are always ruled by Jupiter. I believe it is because the Sun as the main ruler of the day horoscopes, has no confines in any sign. Also because in fire sign no diurnal planet is exalted. Similar configuration happens with the Moon as the main nocturnal queen of sect. Her home sign is Cancer, which is water triplicity. And Mars as the night ruler of water triplicity rules also the first confines in these water signs. Except for Pisces, which IS an exaltation of the nocturnal planet – that is Venus – therefore it is Venus that is the ruler of the first confines of Pisces, not Mars.
I never heard anyone noticing that, but it seems a legit rationale.
Anyway it’s a good mnemonic to memorise the confines.
And remember in Hellenistic world only Egyptian set of confines were found as used by more than one source (which changed in Middle Ages). 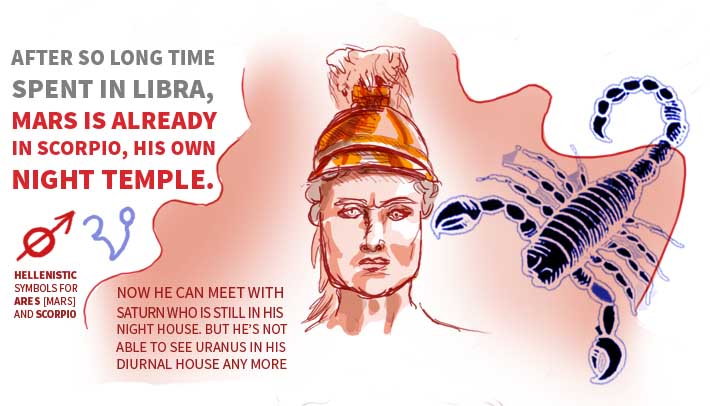 And just a while later: 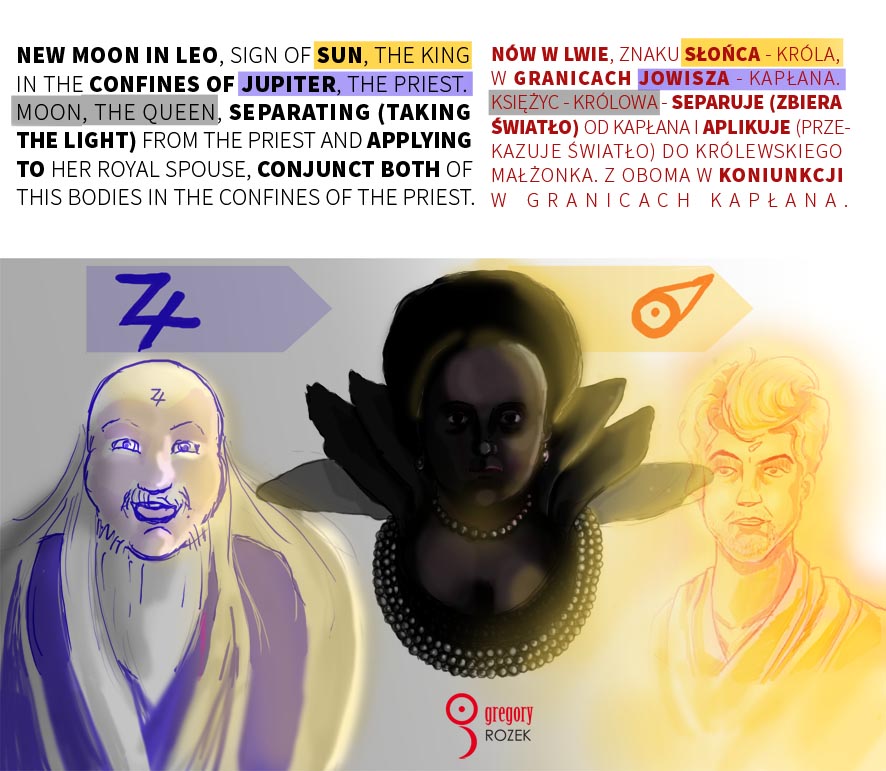 There is a main reason why the figure of the Moon, looks exactly as she was drawn. but I won’t spoil the fun by giving the explanation now.